Athens, Tenn. – (October 13, 2020) – National Tank Truck Carriers (NTTC) and Heil Trailer recently announced the recipients of this year’s North American Safety Awards. Each year, the awards recognize for-hire and private fleets that have delivered outstanding safety performances. The awards are typically announced at the annual NTTC Tank Truck Week show; however, because this year’s event was canceled due to the pandemic, the awards were announced virtually on September 22.

“Heil Trailer has been proud to partner with NTTC on these prestigious industry safety awards for the last 37 years,” said Doug Chapple, CEO EnTrans International, LLC. “Safety is the highest priority at Heil Trailer and with all EnTrans brands, from the design of our trailers to our manufacturing processes.”

The North American Safety Awards are judged on safety and preventive maintenance programs; personnel safety program and record; and contributions to the general causes of the tank truck industry. They are bestowed in two divisions: the Harvison Division, which consists of tank carriers logging over 15 million miles, and the Sutherland Division, which includes carriers with under 15 million miles.

Trimac Transportation earned this year’s award in the Harvison Division. Founded in 1945, Trimac has become one of the largest bulk carriers in North America. Over the last two years, the company made strides in safety by creating a culture that identifies hazards. This marks the company’s first NTTC safety award.

G&D Trucking Inc./Hoffman Transportation received the North American Safety Award in the Sutherland Division. Known for its excellent safety standards, the company has received over 14 NTTC safety awards, including winning the 2017 NTTC North American Carrier of the Year award.

“We congratulate this year’s NTTC safety award winners for their dedication to operating safely every day,” stated Chapple.

Established in 1901, Heil Trailer International, Co. is the leading brand of durable tank trailers and is known for the enduring performance of its products, industry-leading support and solutions-driven customer service. A manufacturer of liquid, dry bulk, oilfield, construction, platform, specialized, towing and defense trailers, Heil designs its products 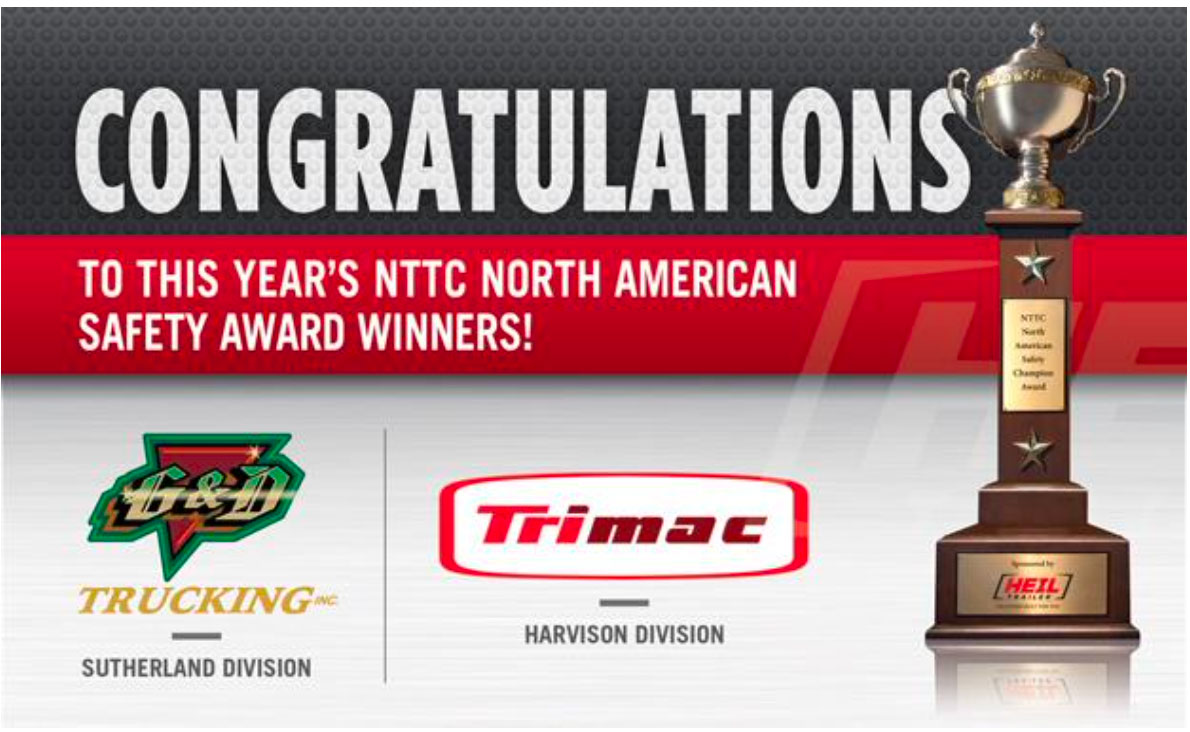